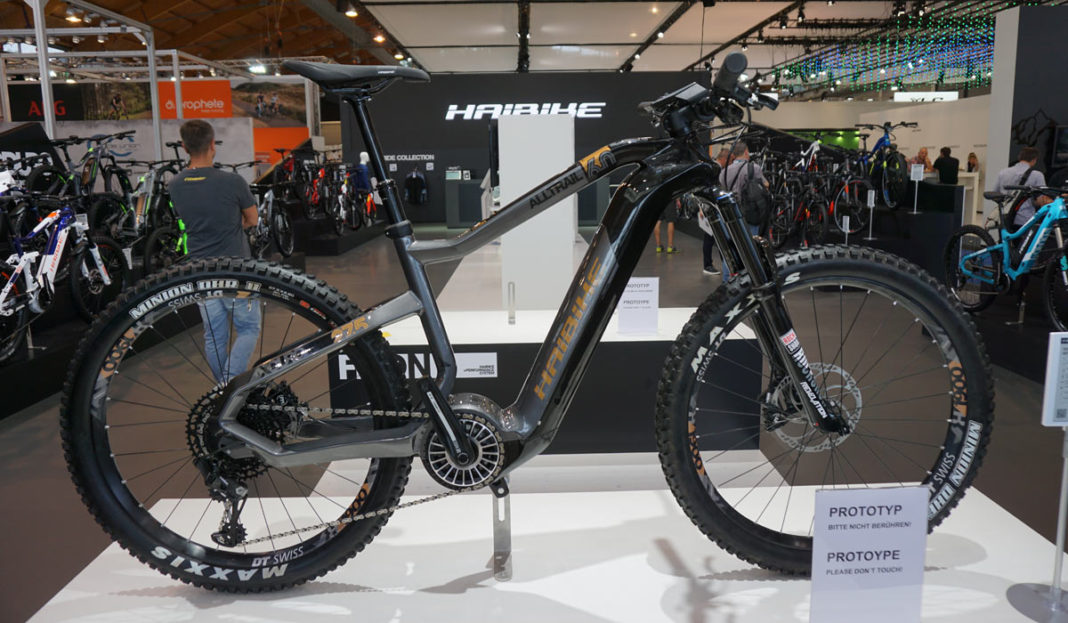 Haibike has long been one of the leading e-bike brands, and we suspect it’s in large part because they haven’t been afraid to launch into new segments and adopt new features and tech. They also have a massive range of electric assist bicycles, everything from commuter to road to touring to hardtails to long travel, downhill-worthy eMTBs. Their latest upgrade is adoption of the all-new TQ 120S motor system, which packs a whopping 120Nm of torque into a nice round package.

All that power is nothing without energy to make it turn and refined electronics to keep it under control, and that’s where this system shows the most promise… 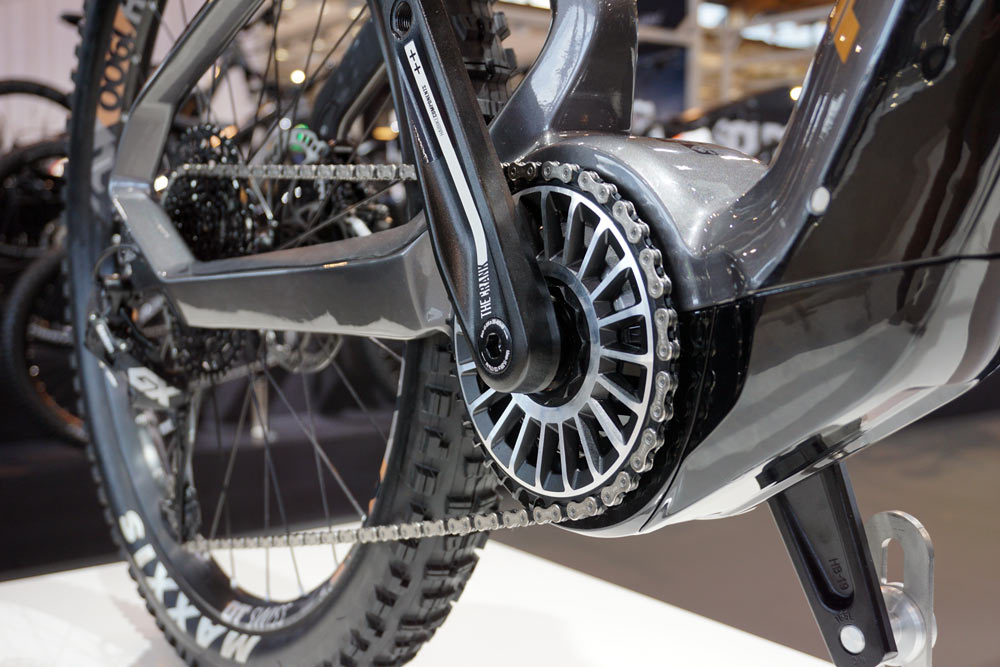 The TQ HPR 120S boasts several technologies that make it very attractive. First, there’s torque management. If you get all that power immediately upon starting to pedal, chances are you’ll spin out on climbs and be jarred off the line at every stop and go. So they’ve tempered power transfer to make it smooth and controlled, so you can keep traction and control.

They’ve also given it better throttling control, switching on and off “imperceptibly” so you don’t get that massive, jarring drop off when you’ve reached the limit of its assistance. Lastly, the 2019 TQ HPR 120S is quieter and lighter, coming in at a claimed 3.79kg. TQ is a separate brand and company, and they offer their own batteries up to 880Wh which they say can give you up to 120km of range. Check them out at TQ-emobility.com. 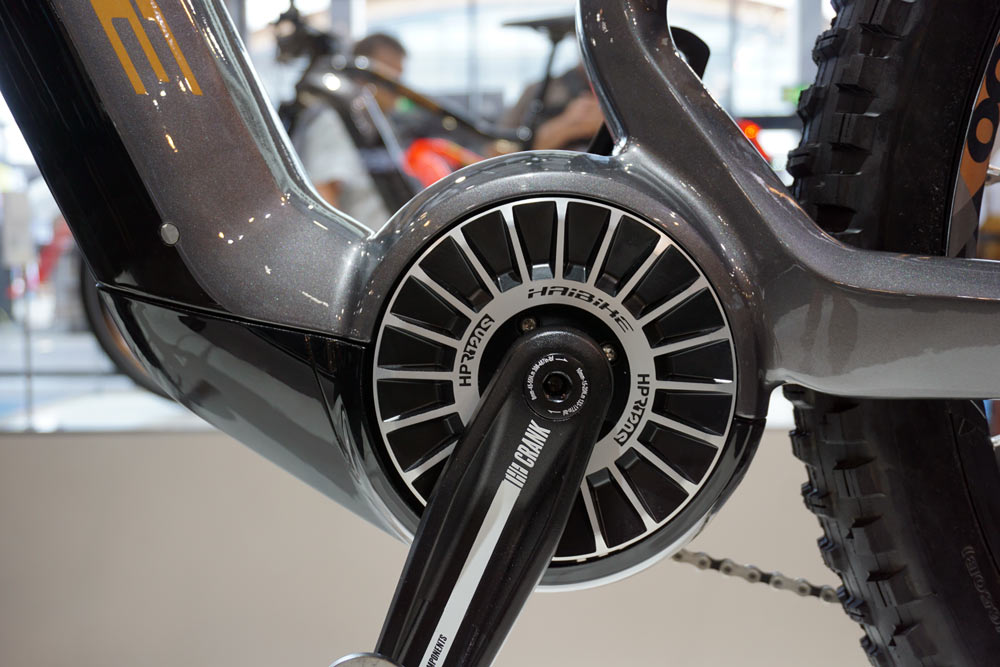 For these bikes, Haibike is using their own battery, which is a new design called InTube. It has 630Wh of juice, which should provide plenty of range for the motor’s 250Wh rating. 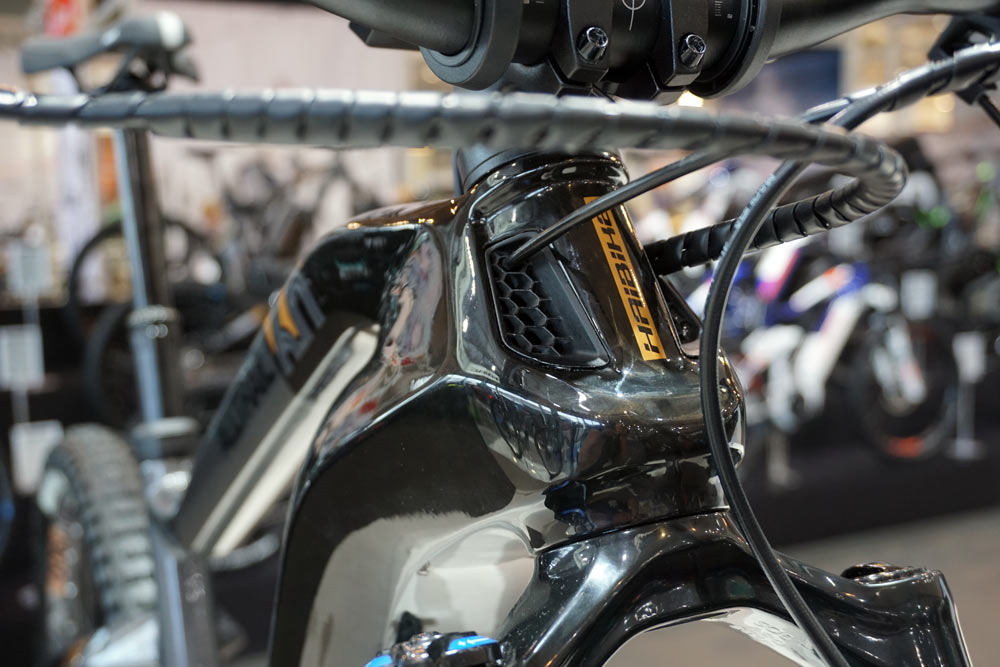 The bikes use a carbon fiber frame, with full suspension models using an alloy rear triangle. The InTube battery is fully hidden inside the downtube and slides out from the bottom – just remove the bash guard and unlock it and it slides out. But a charging port on the top left of the tube means you don’t have to remove it unless you’re swapping it or taking it inside to charge. Air intakes on the headtube help move cool air over it. 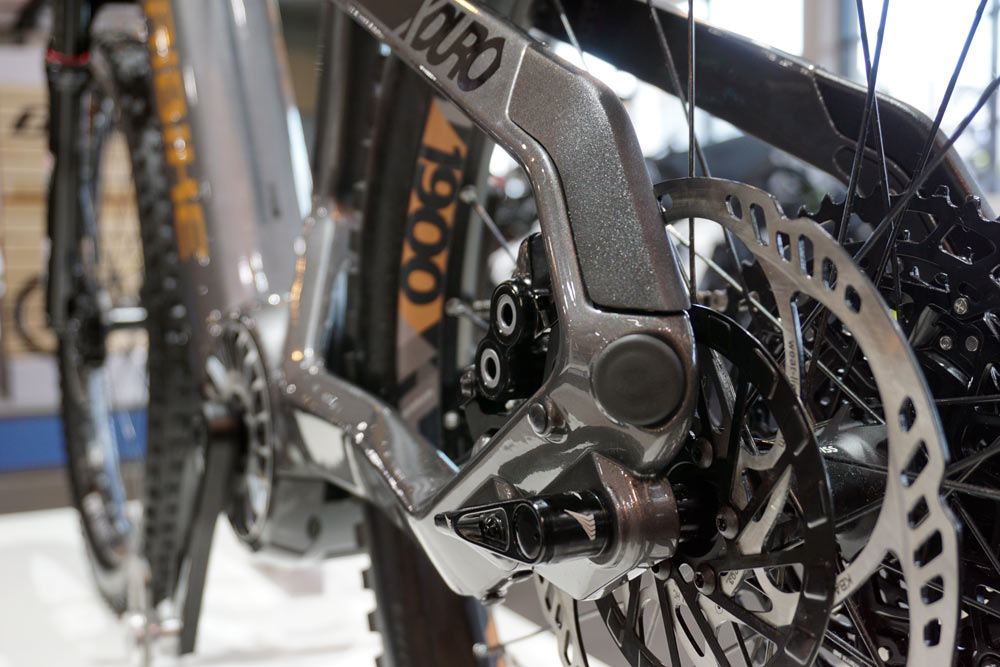 Another clever touch is an integrated trailer attachment mount on the non-drive dropout. 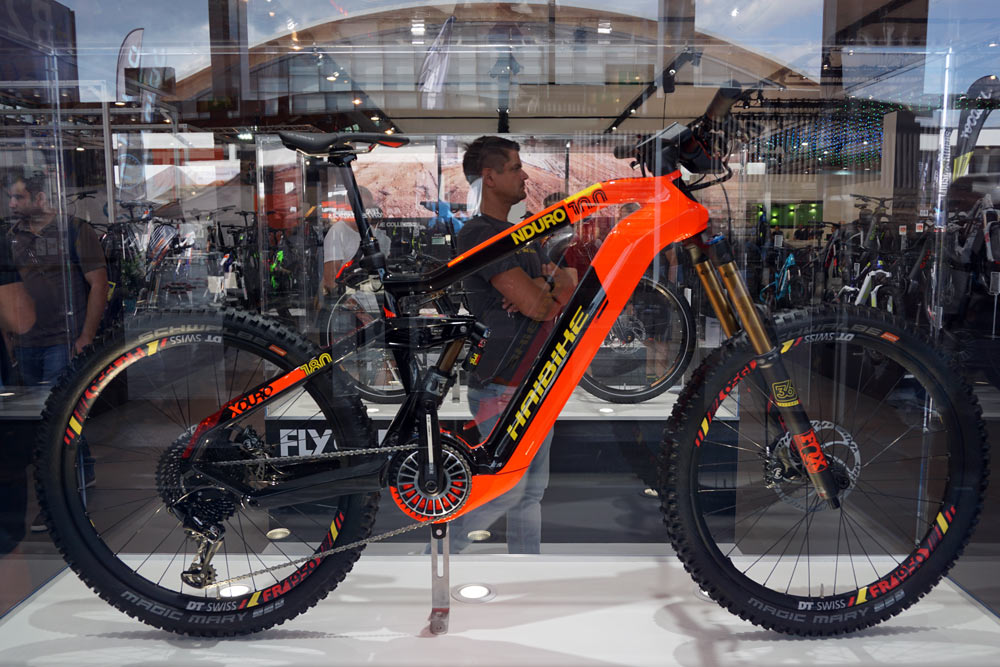 The Xduro NDURO bikes get 180mm rear wheel travel, aimed at the most aggressive of riders. 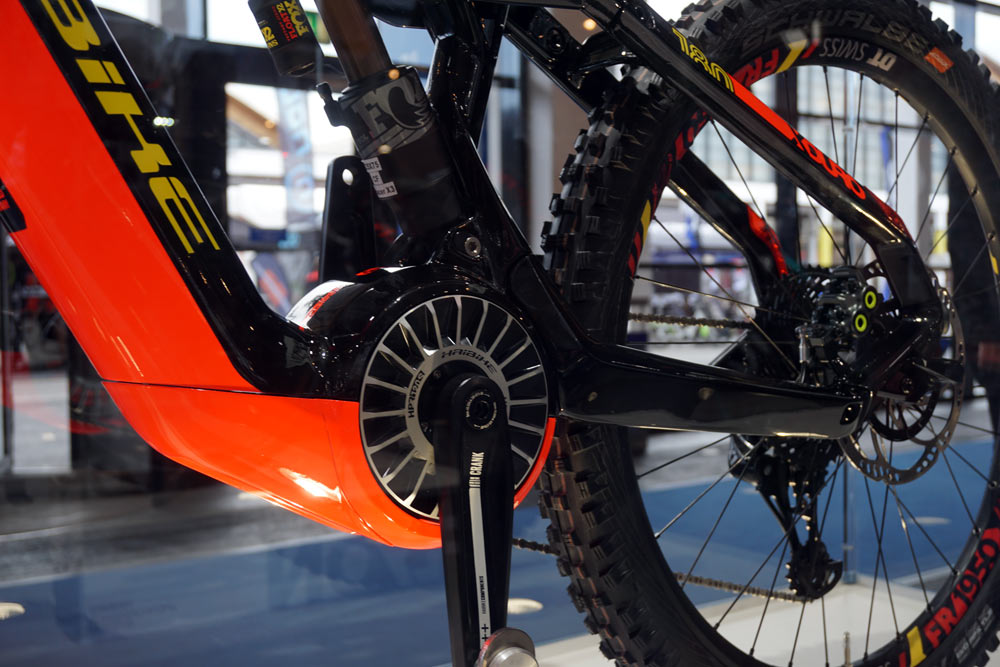 The TQ motor measures about 144mm in diameter, which Haibike puts under their lower suspension pivot to keep the chainstays shorter. 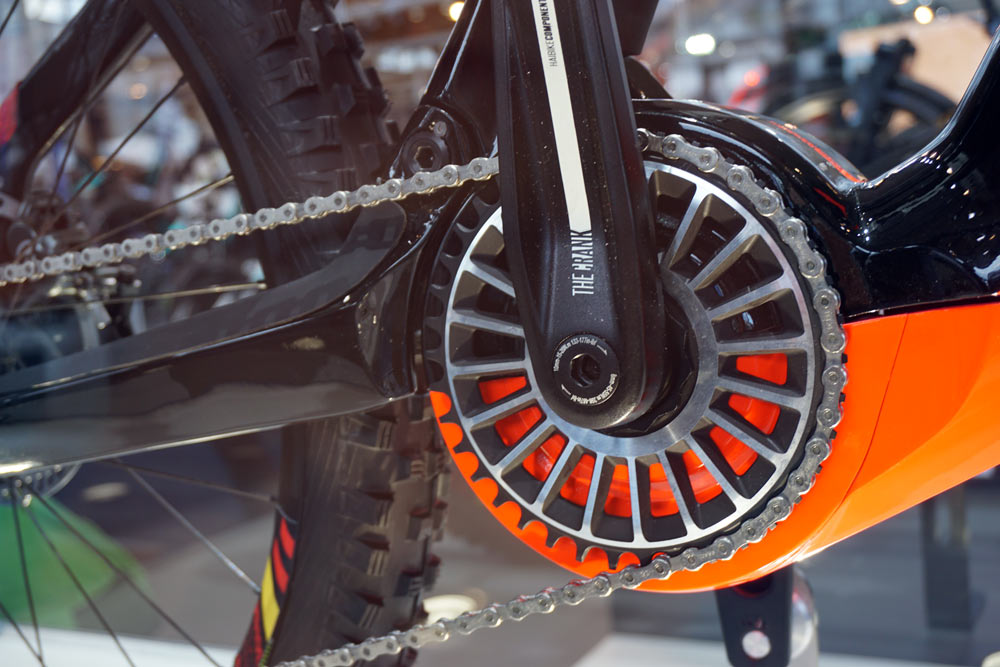 The chainring is Haibike’s own design and comes in 38 and 42 tooth options. 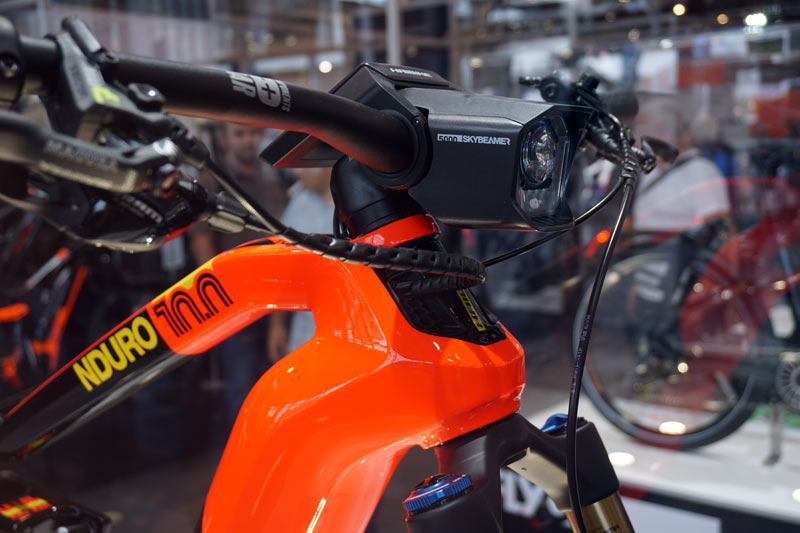 Integrated cable routing, headlights and electronics keep the visual focus on their strong, angular designs. The headsets have an integrated limiter to keep the fork from spinning around too far. 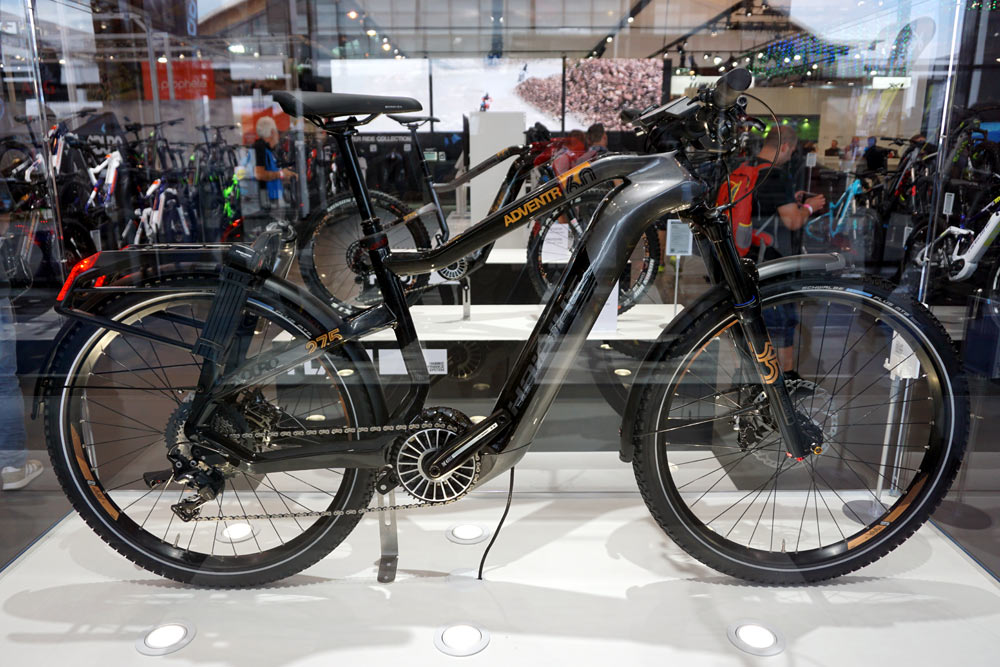 Controls give you five levels of assist, with color coded illumination to make it easier to know at a glance where you’re at. A total of 10 models will be introduced in early to mid 2019 with this system with a variety of price points…but leaning toward the upper end. The ALLTRAIL 6.0 shown at the top of the post gets SRAM GX Eagle, Magura MT5 brakes, Rockshox Revelation RC, DT Swiss H1900 wheels and Maxxis Minion 27.5×2.8 tires for €5,999. For Europe, you’re probably looking at a 25km/h limiter on these, hopefully models headed to the US will get a higher limit to take full advantage of the new TQ system. 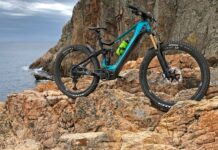 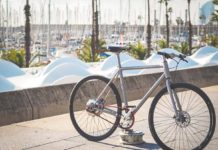 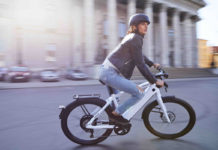