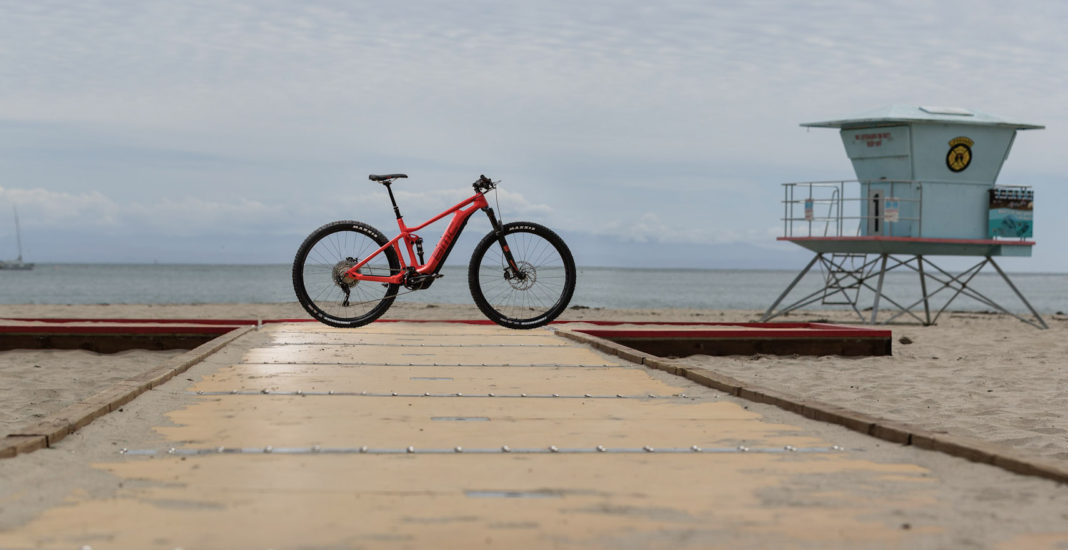 In a move that’s becoming pretty common here in the U.S., BMC recently launched their newest e-bikes. Only, they aren’t exactly new as the bikes have been previously available in Europe. The big news here is that the BMC Trailfox & Speedfox AMP e-MTBS are finally arriving stateside.

Admitting they were late to the party, BMC didn’t start development for the AMP series until 2015. As a high performance “accoustic” bike brand, BMC said that at first, e-bikes were not a natural thing for the brand. But after seeing the writing on the wall and the growing swell of e-bikes across the globe, they went about the development with the same fervor and precision of their non-motorized models. Starting by buying as many of the competitor’s models they could find, they headed to Finale Ligura. After all, they didn’t know what an e-MTB rode like, so they had no idea what to expect. As any good product development team would do, they questioned what they could improve on, what they could do better so that the BMC e-MTB would be ahead of the curve – even with a late start.

First shown as a prototype and model at Eurobike in 2016, the first AMP was a result of the BMC Impec lab which allows high level prototyping in house for faster development. According to BMC, they had their first prototype in two weeks after taking a Trailfox and modifying it to accept a motor. Wanting to validate geometry numbers including short chain stays, the choice of drive system, and kinematics, the prototypes were made from carbon tubes with CNC machined junctions bonded in to join the tubes. Prototypes in hand, BMC went back to Finale Ligura to see if their design goals had panned out. Shortly after, the BMC AMP was unveiled to the European market, with AMP denoting the electrified version of an existing analog bike.

While BMC started with the Trailfox AMP which was a 150mm travel trail bike with 27.5 x 2.8” tires (that could also run 29 x 2.6”), it was followed with the Speedfox AMP which is a 130mm travel bike with 29″ wheels. The Speedfox AMP uses the same front triangle, but the rear swingarm has been optimized for use with 29″ wheels and tires and slightly longer 449mm chain stays & geometry tuned for the bigger wheels. 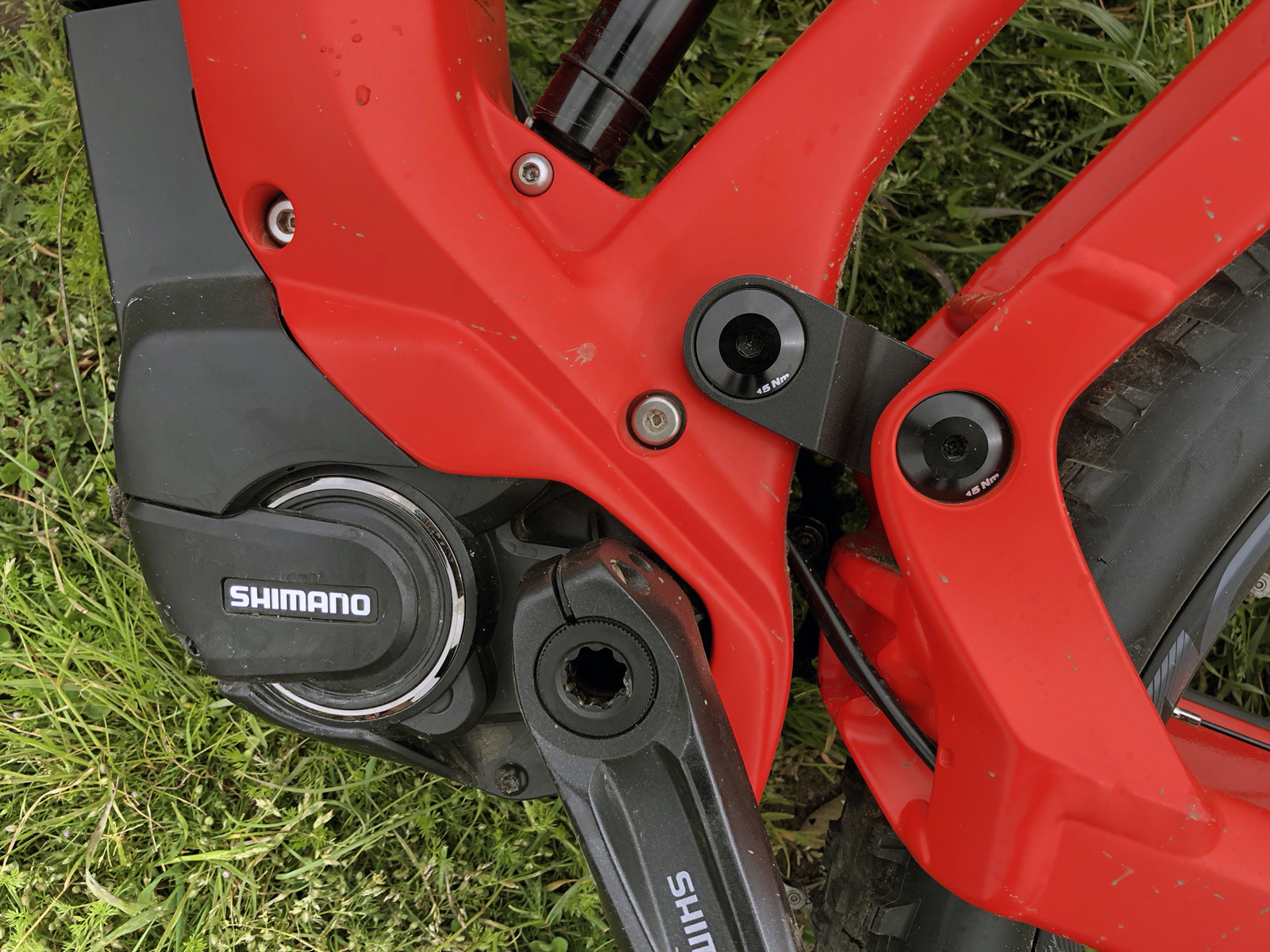 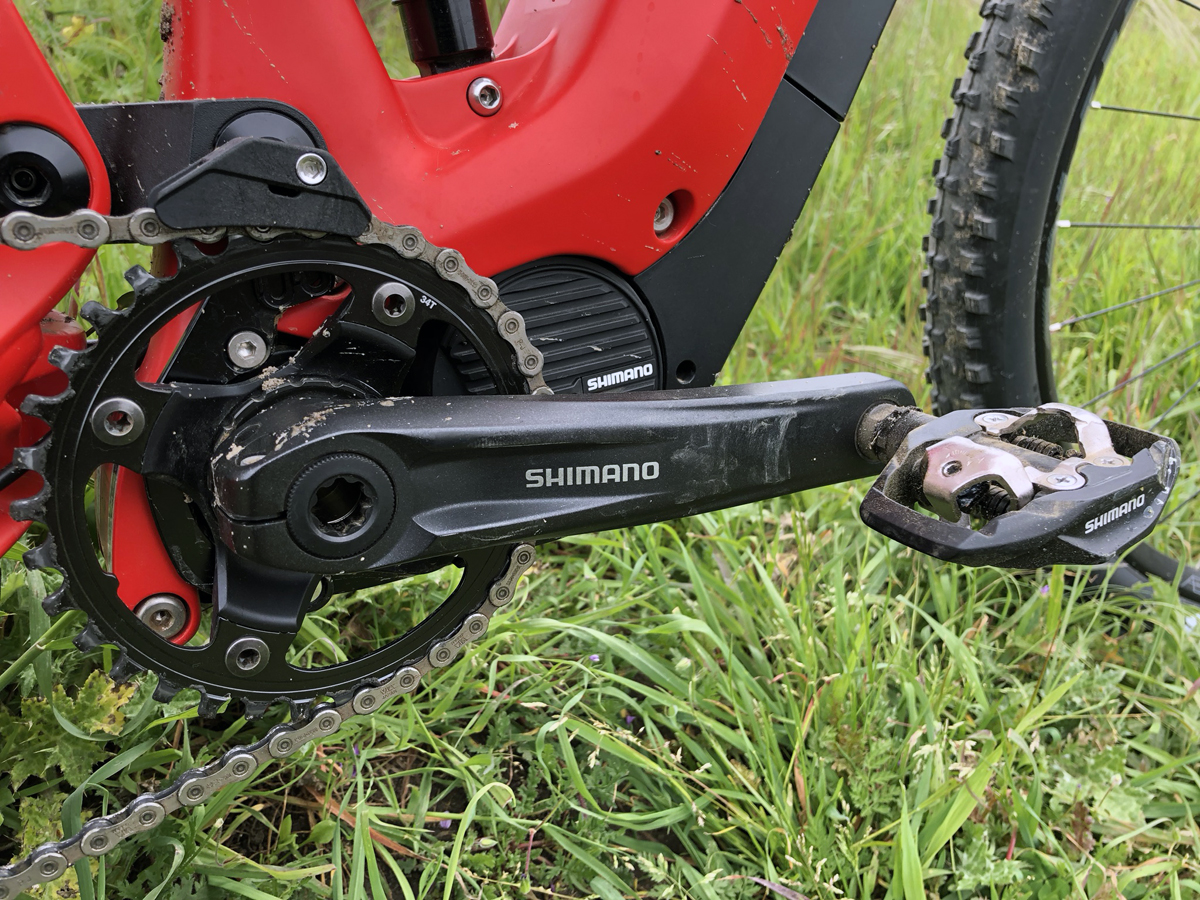 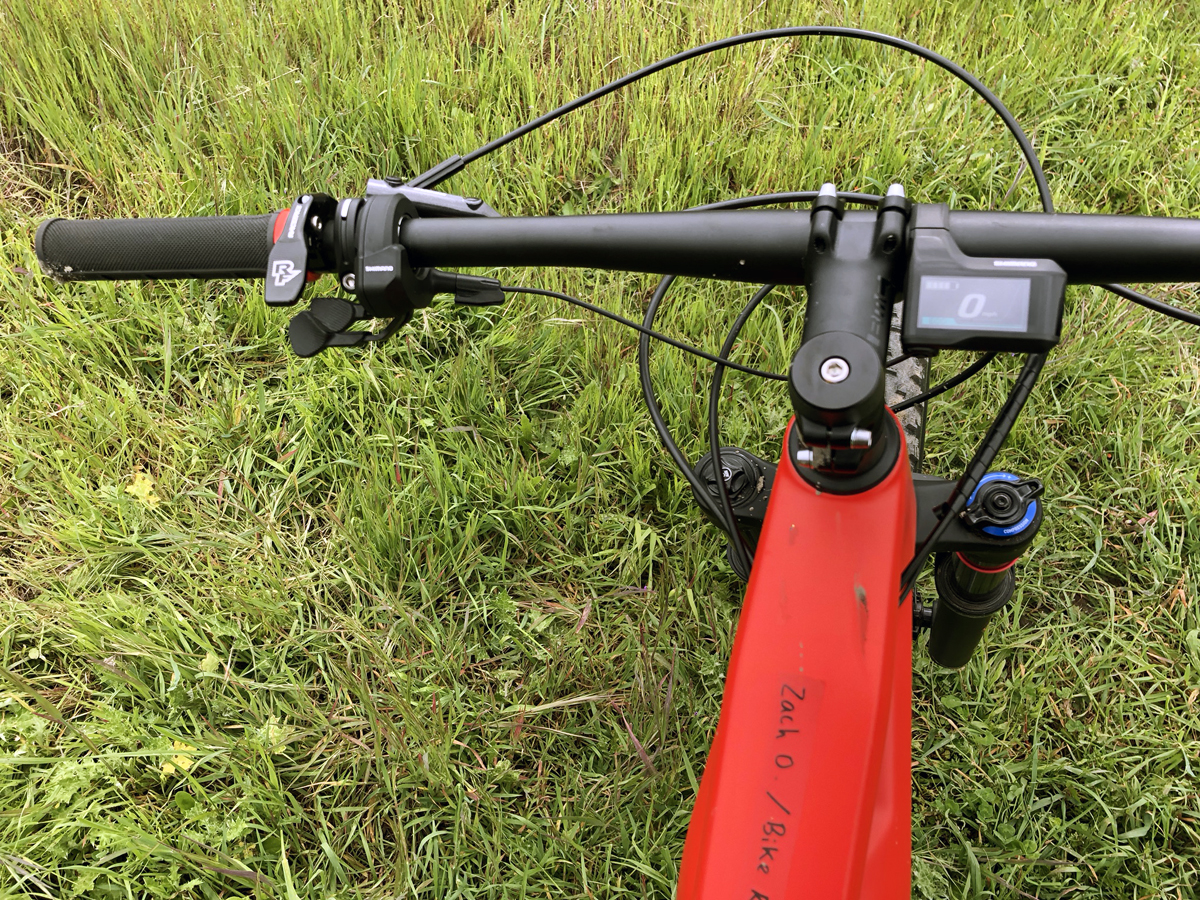 Designed around the Shimano XT E-8000 drive unit, BMC tells a familiar story of one of the main benefits being the shorter chain stay length the motor allows for. And for good reason – that difference is immediately noticeable on the trail and it’s something we’ve picked up on with just about every Shimano equipped e-bike we’ve ridden. Add to that the excellent Firebolt “shifter” which allows you to select modes on the fly, and Shimano performance in general and there’s a lot to love from E-8000. While E-8000 gives the opportunity to integrate with Shimano Di2 drivetrains, all three of the AMP models that will be available in the U.S. utilize a mechanical Shimano 1x drivetrain.

Since these bikes are meant for the U.S., they are considered class 1 with a 20mph assist limit. 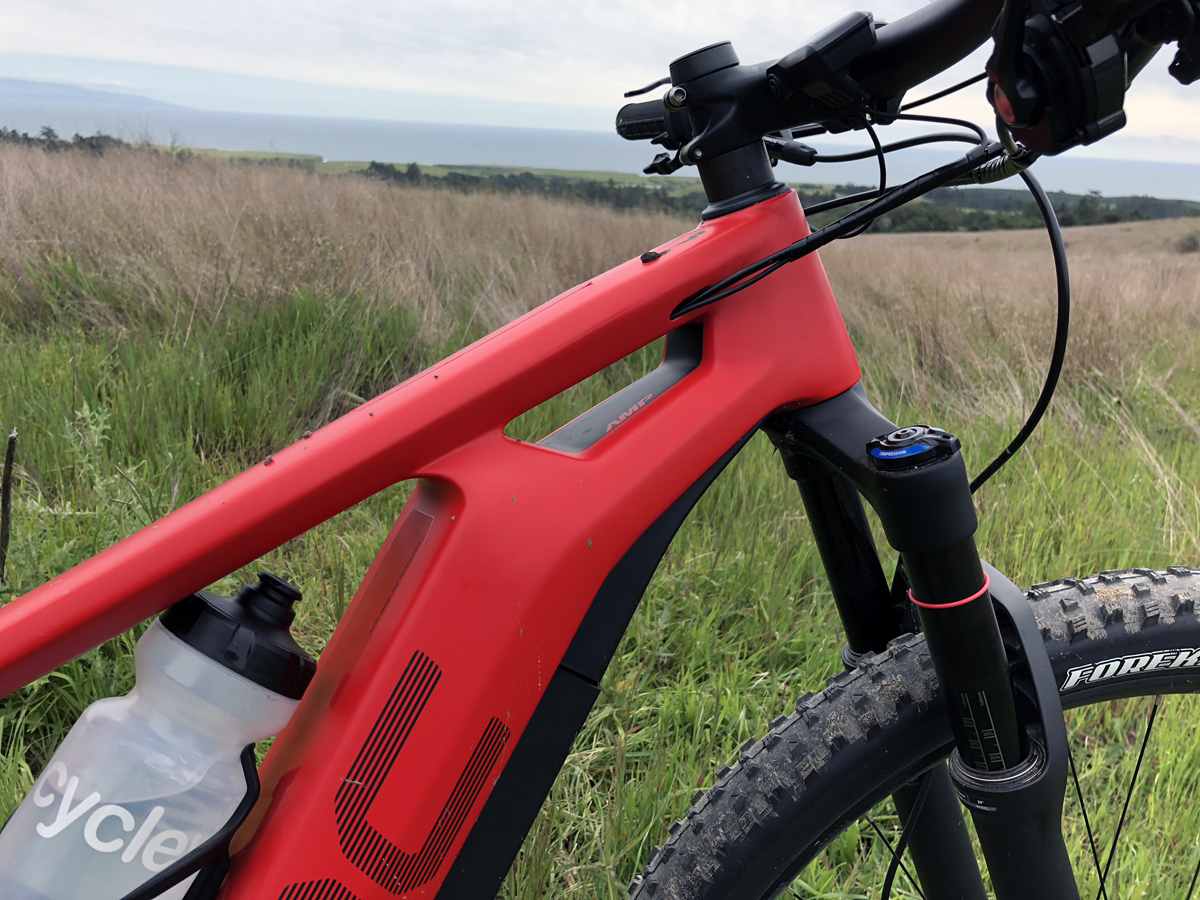 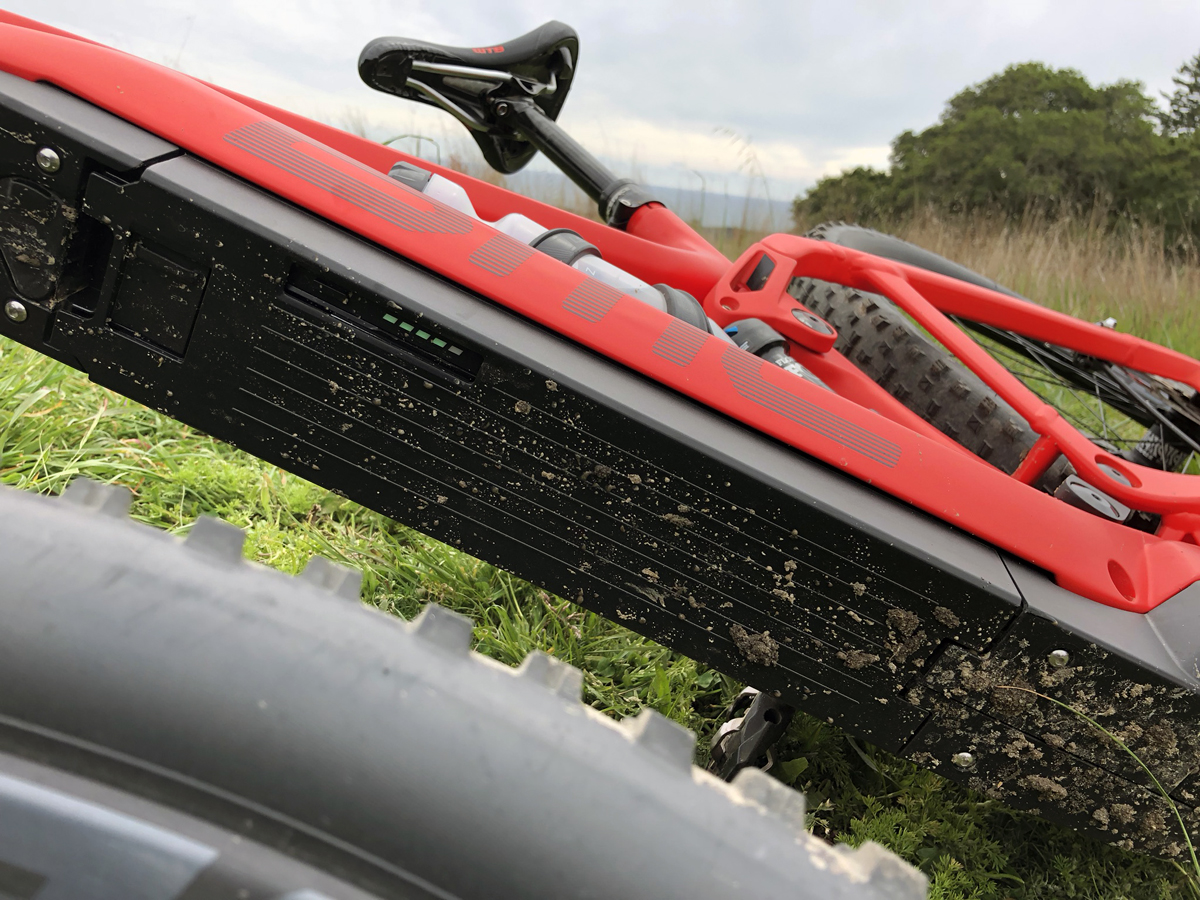 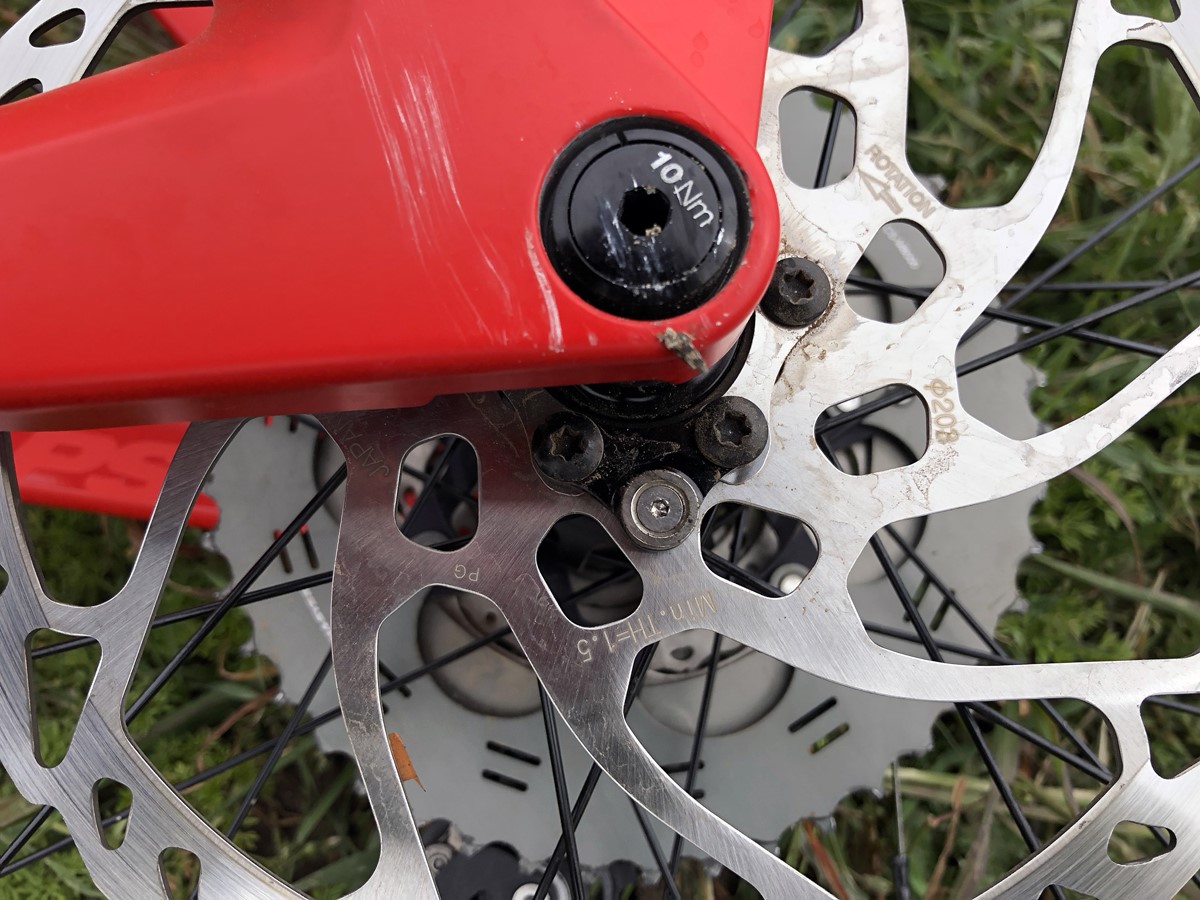 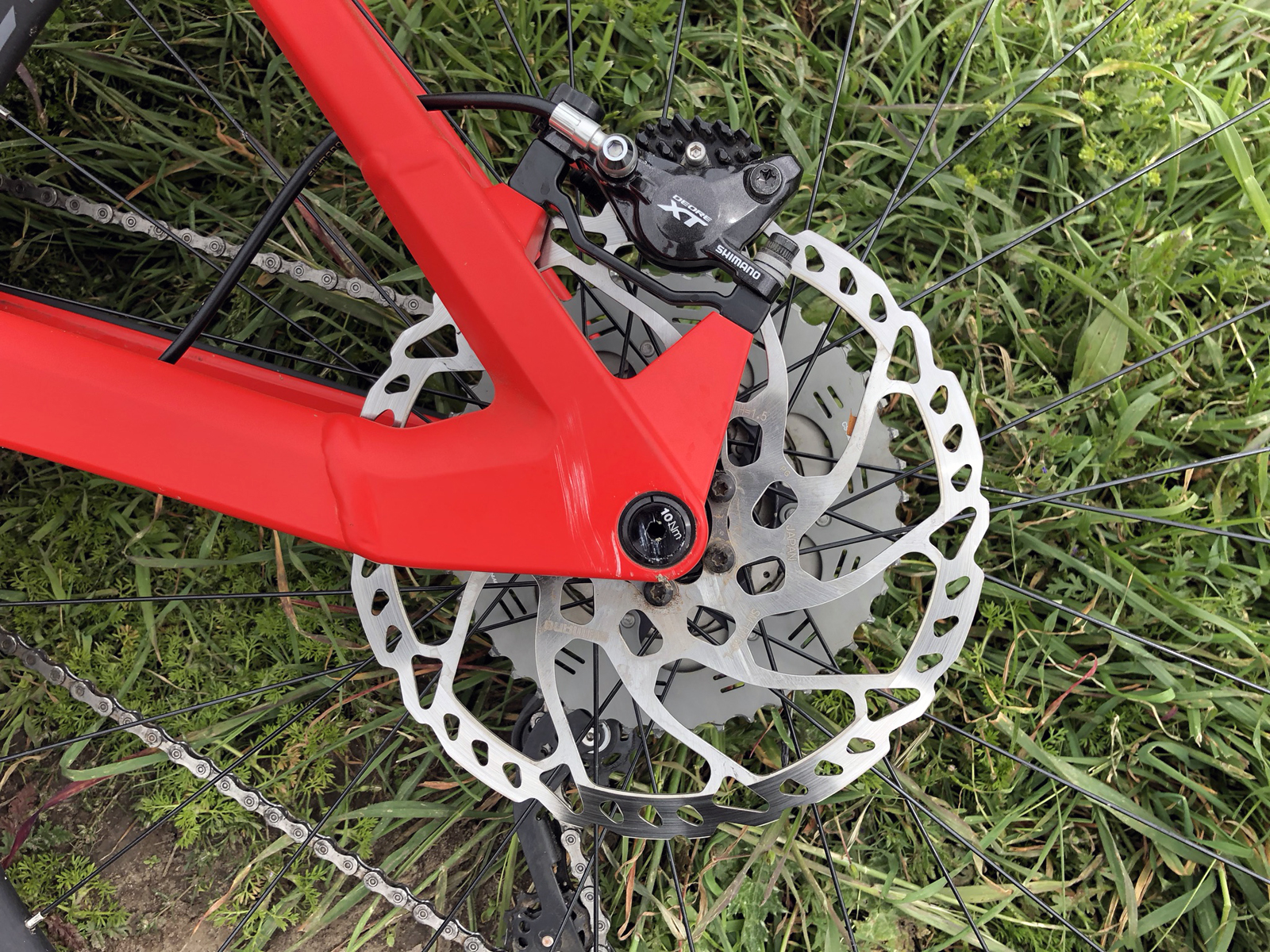 When it comes to frame design, BMC says that they chose carbon for the front triangle  (all U.S. models currently have an aluminum swingarm) not for weight purposes, but freedom in design. Called the Twin Hollow Core tube design, the down tube is actually two separate structural tubes with a non-structural bridge between them. That allows the stock Shimano internal battery to slot in-between, with cables run under neath the battery so that they’re “internal” but still easily accessible. BMC extends the frame integration by wrapping the carbon around the motor itself, and including the speed sensor magnet as part of the rear rotor. Currently this is limited to 6-bolt rotors only, but we’re told a Centerlock version is in the works. My one gripe with the design (and this goes out to Shimano since it’s their battery) is that the power button is located on the downtube so it quickly gets covered in mud. 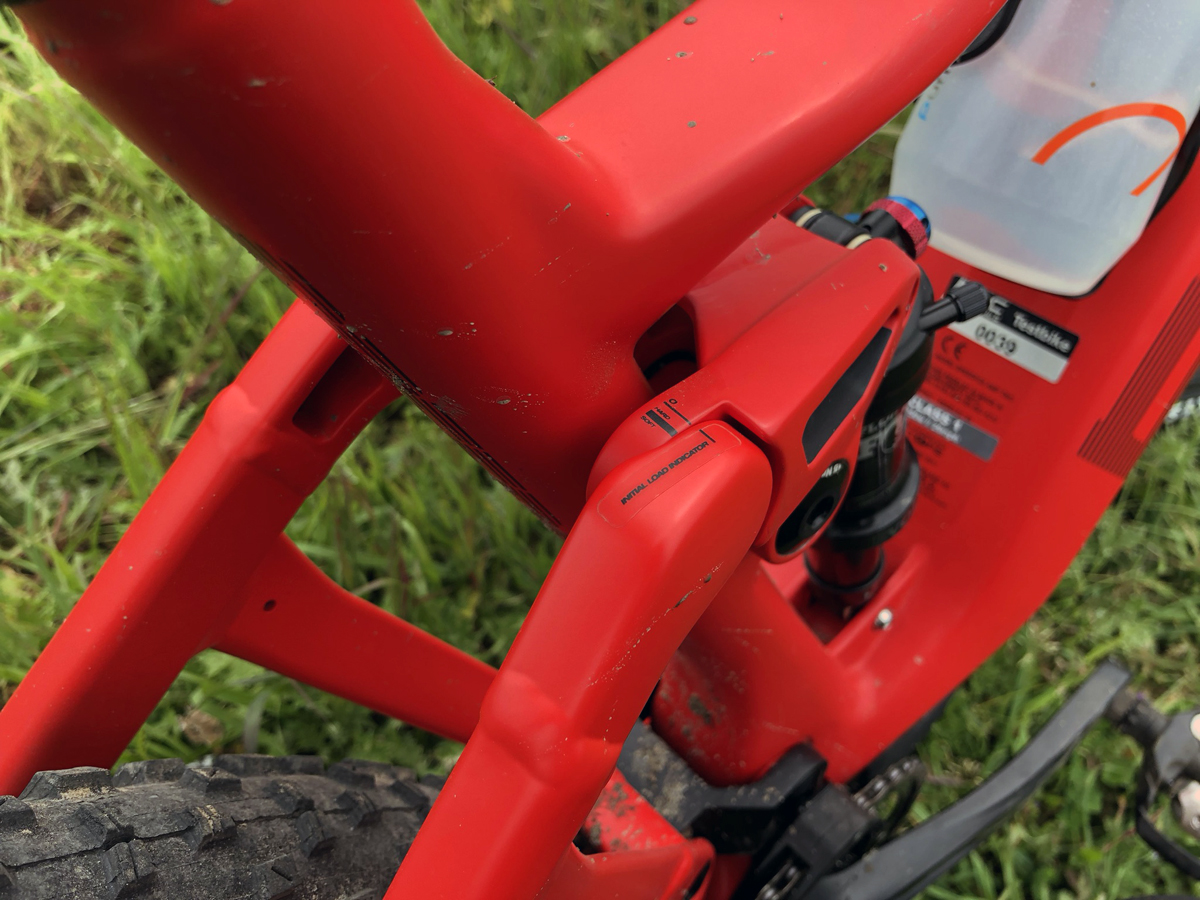 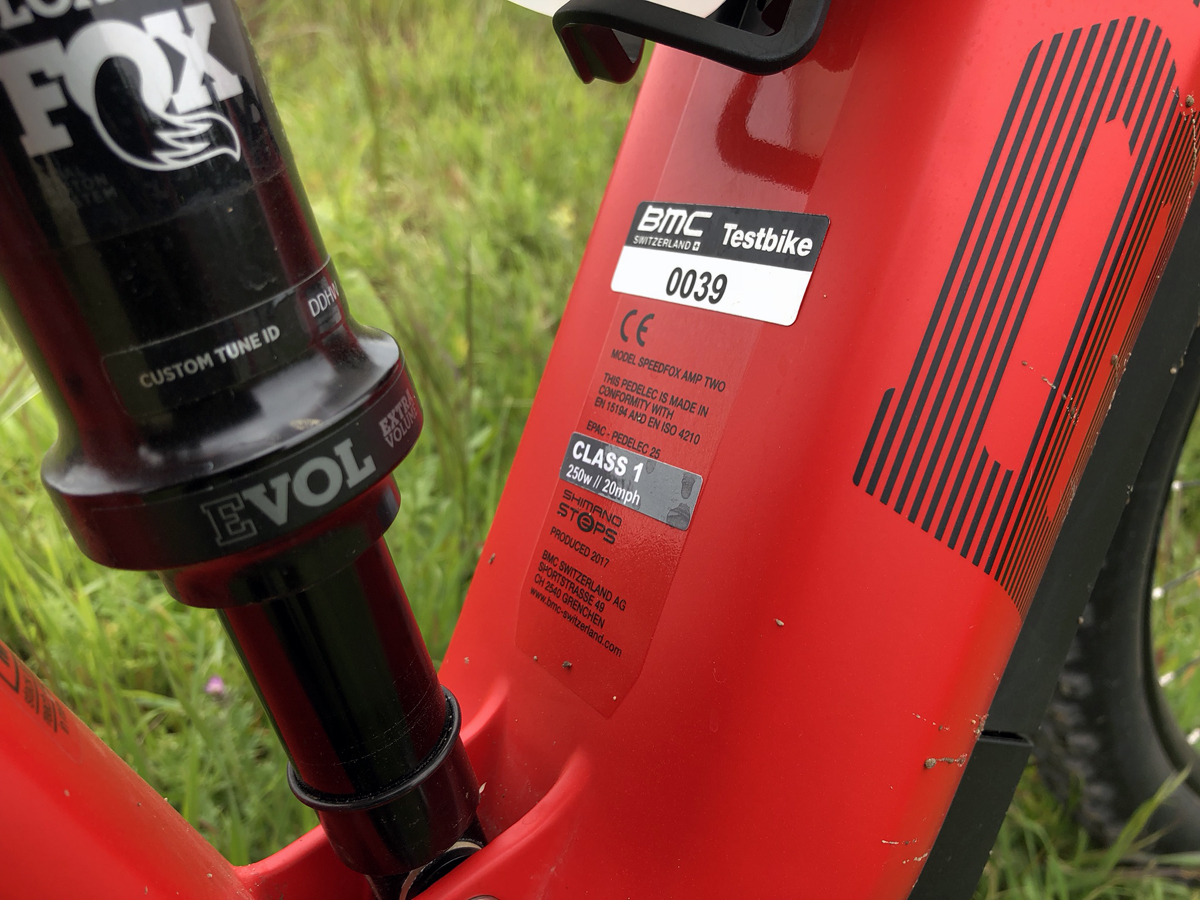 Further e-bike optimization includes oversized suspension hardware between the front and rear triangles to ensure that there is adequate stiffness between the front and rear end. BMC points out that they expect e-bikes will get ridden more and therefore see more wear and tear (not to mention they weigh more), hence the more durable suspension components. The resulting parts are 60% bigger and 60% wider. The suspension design includes their APS linkage design which includes their clever sag meter built into the paint on the upper link. Line up the indicators and you’re done.

Along with the suspension kinematics, the geometry has also been tweaked for e-use. One of the biggest small changes is a slightly higher BB on the Trailfox AMP- that’s due to the fact that e-bikes like it when you keep pedaling. As soon as you stop, the motor cuts out, and you’re left in awkward situations without power when you need it most. To prevent that, you can soft pedal through technical situations, but that could lead to problems with a low bottom bracket. So the BB height on the Trailfox AMP is 13mm higher to keep you out of trouble but low enough to offer good handling. This clearance issue is one of the reasons you may see shorter crank arms on e-bikes in the near future as well. The Speedfox AMP ends up with the same BB height as the acoustic model since the 29er BB is higher to begin with.

The rest of the geometry is long and slack, but not to the extremes. A medium has a 445mm reach which is long, but not crazy long, and a 66º head tube angle houses a fork with a 51mm offset. The Trailfox offers a 445mm chain stay length, while the Speedfox is a hair longer at 449mm. 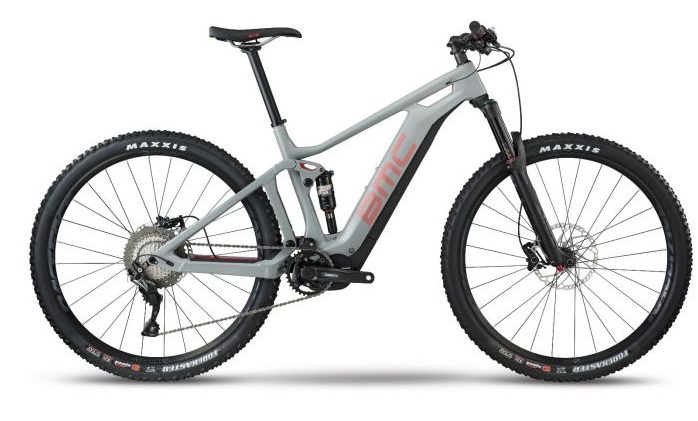 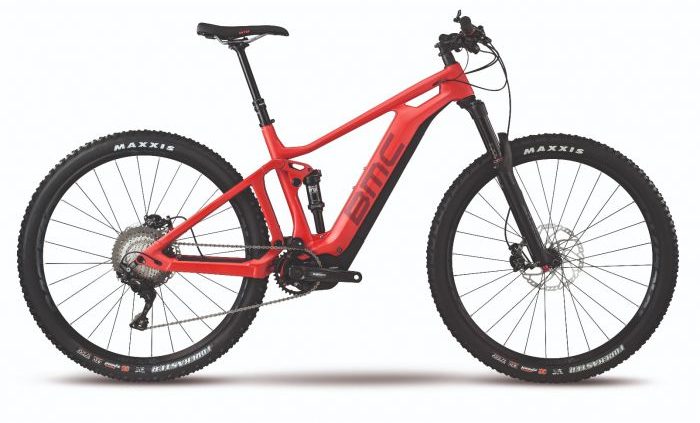 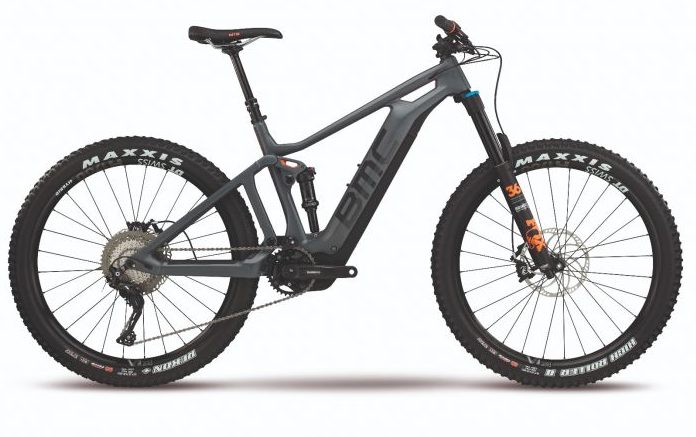