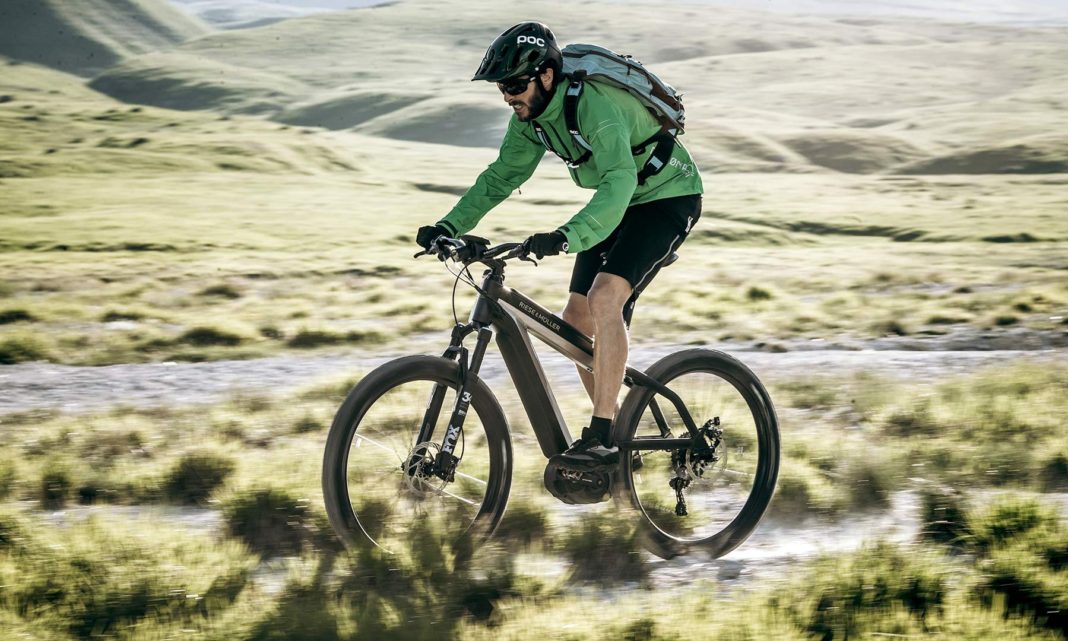 German urban e-bike maker Riese & Müller is hitting the dirt in North America with a new family of integrated Charger and Supercharger e-mountain bikes, tucking the battery inside their oversized alloy frames. Available in mountain, commuter & mixte configurations, there are plenty of options for your mix of bike path and trail. 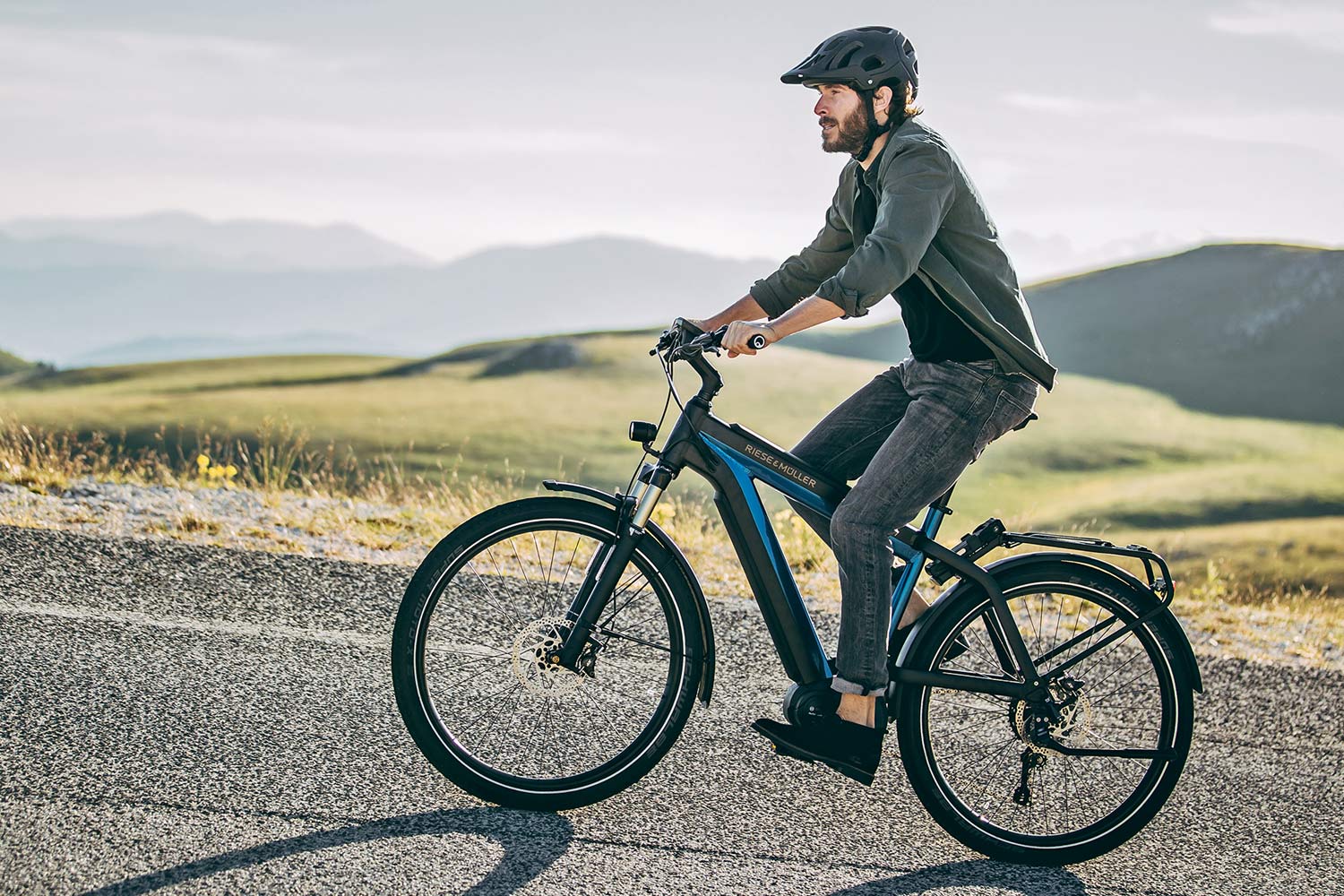 The first e-bikes from R&M to fully integrate their drive system, the new and expanded Charger lineup pairs narrow Bosch PowerTube batteries inside the frame with Bosch Performance CX or Speed motors. 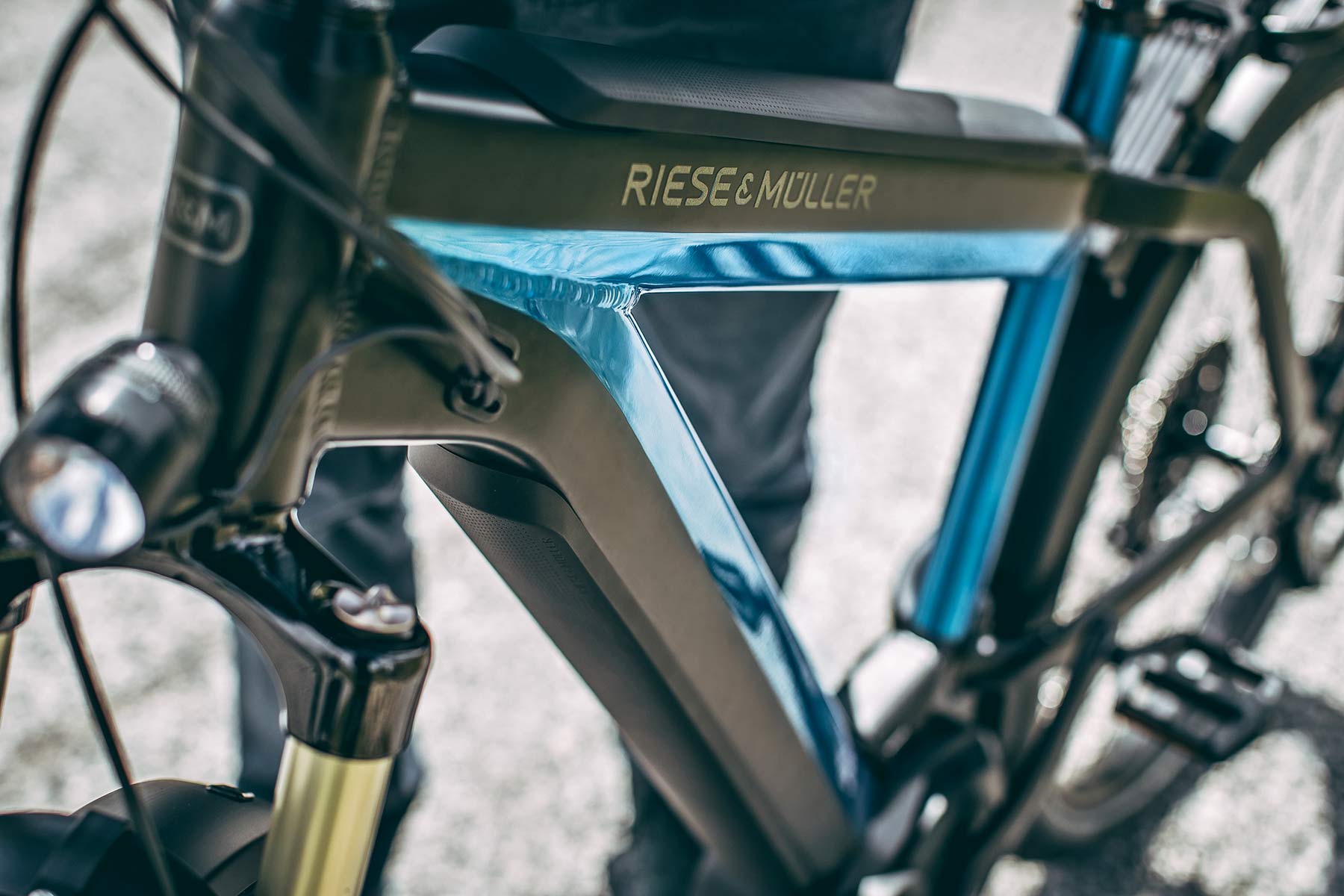 Each of the new models can optionally be set up with two of the 500Wh PowerTube batteries, giving them up to 1000Wh of power and as much as 100 miles (160km) between charges. That DualBattery option is fairly unique in the e-bike sector, and means you can cruise day-to-day with a lighter setup, but pop in the extra juice to extend your all-day trips or weekends away from home. 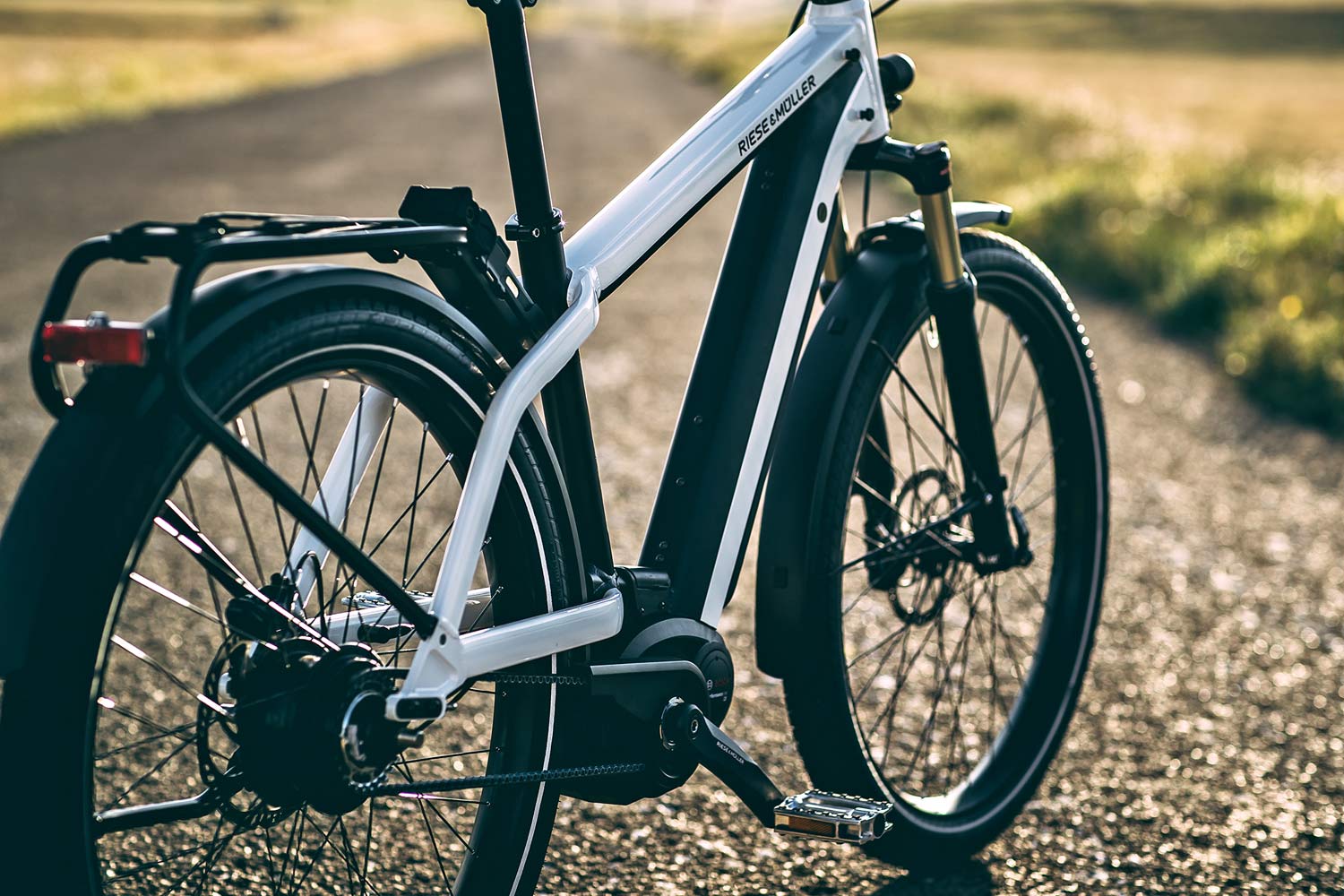 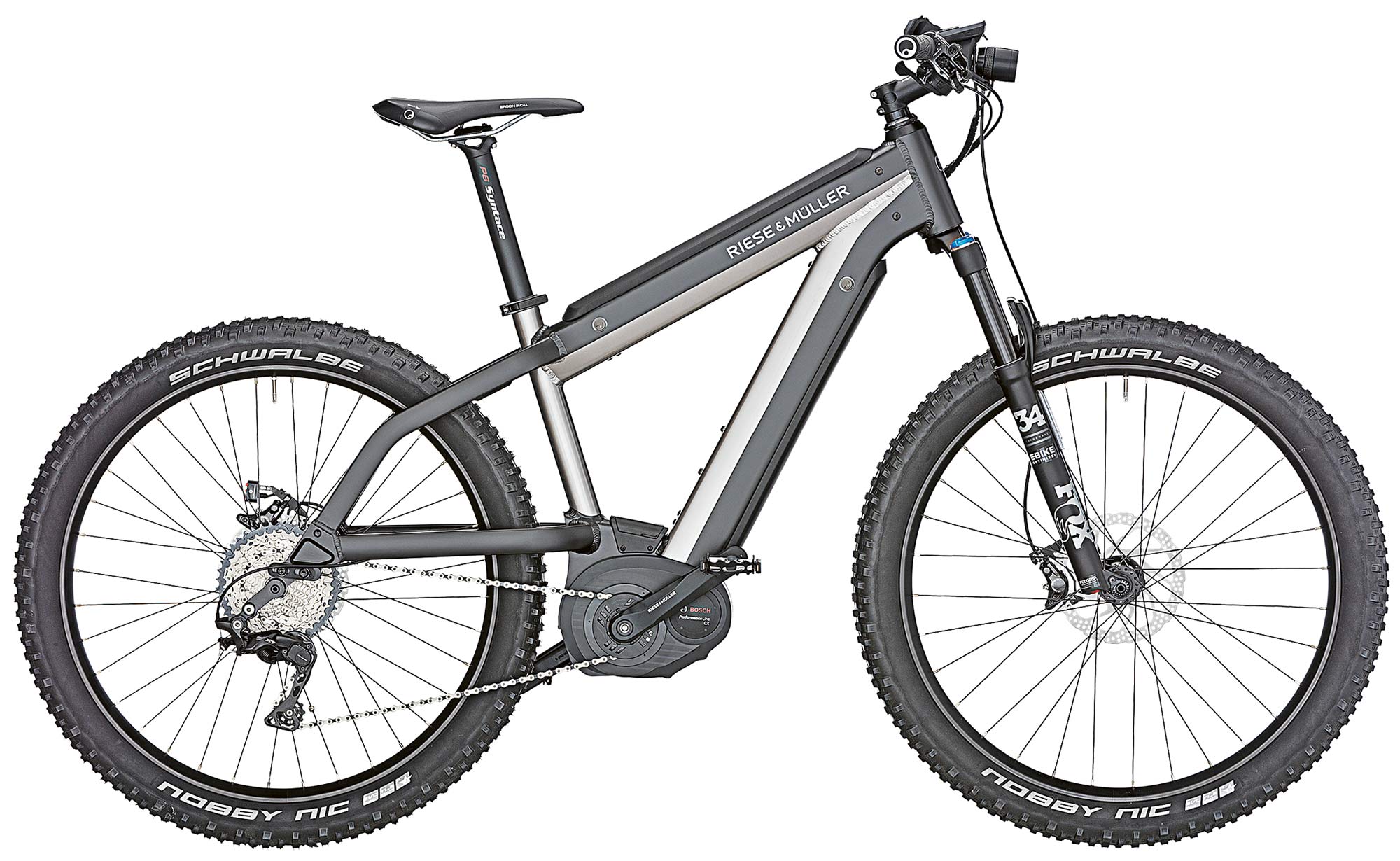 The Supercharger is an all-new e-bike/eMTB design for R&M. Based off the prior Charger, the new bike aims to go even further off-road. The Superchargers feature an oversized toptube to match the downtube, so they can even hide that second optional battery inside the frame as well. 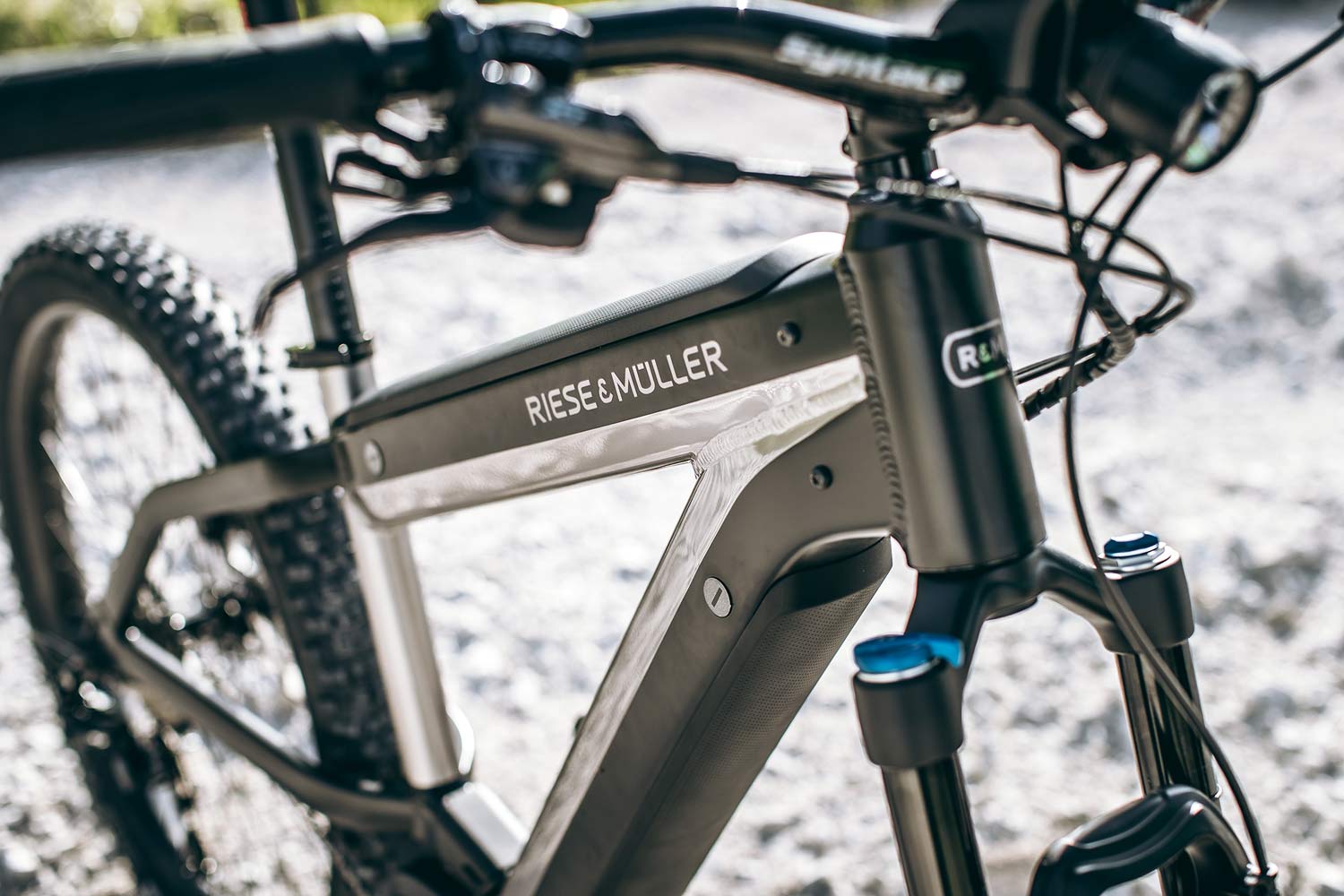 Internally routed cables, more aggressive frame designs, and classy two-tone paint schemes. The Supercharger can be had in a stripped down mountain bike version, a bike set up for a loaded off-road tour, or a versatile commuter for getting around in and out of town.

For the American market R&M offers a few of the Superchargers in a HS (high-speed – 28 mph) version above the standard touring e-bike limiting assist to 20 mph. The e-bikes are available with XT 1×11, NuVinci seamless CVT hub gears, or a 14-speed Rohloff internally geared hub. Each eMTB is available in three sizes with pricing starting at $5700. 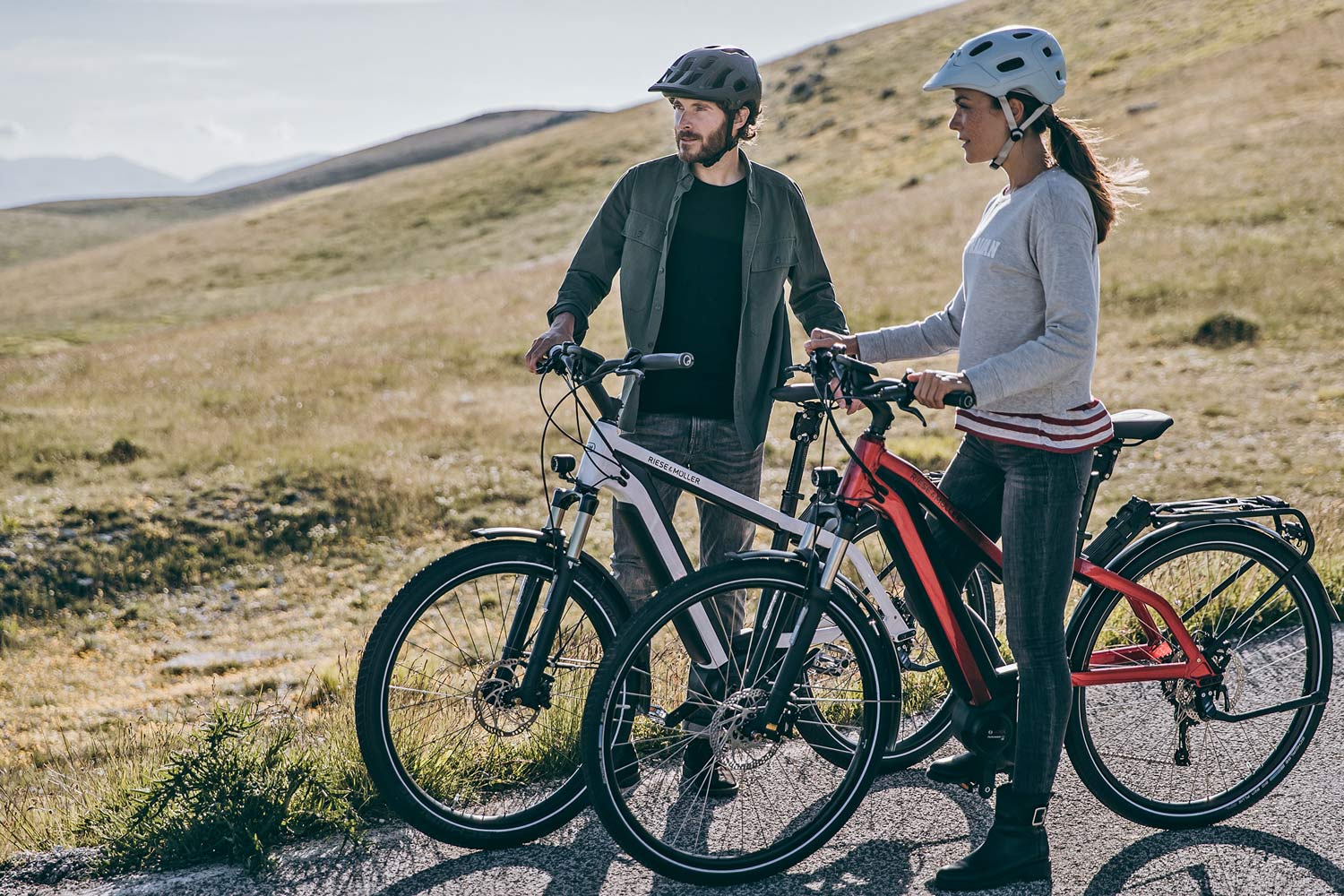 The New Charger updates & modernizes Riese & Müller’s popular rugged e-bike and off-road cruiser. The upright riding position of the bike remains, as does their signature kinked seatstay design. It then adds in internal cable routing in addition to the new integrated battery. 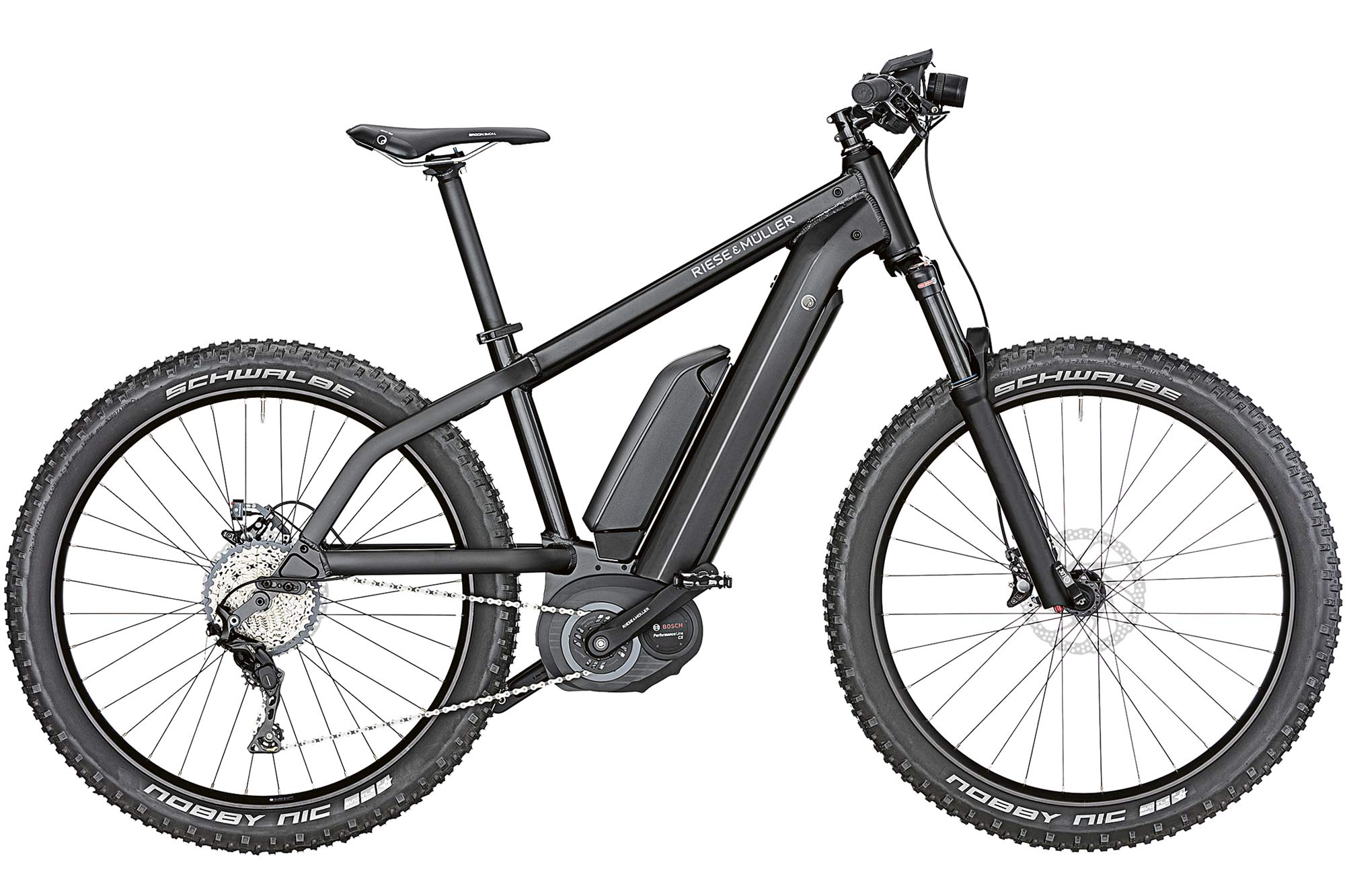 On the New Chargers, only the first standard battery tucks inside the frame. So if you want to upgraded to a DualBattery option, a traditional battery gets securely attached inside the main triangle on top of the downtube. Each of the Chargers features a Bosch Performance CX motor, a Fox Fork, hydraulic disc brakes and premium drivetrains of either 11-speed Shimano XT or a NuVinci hub gear with Gates belt drive.

In the US, the New Charger is also available in both Touring (20 mph) and High-Speed (28 mph) configurations, as well as both mountain MTN and step-through Mixte versions. Each e-bike is available in three sizes with pricing starting at $5470.