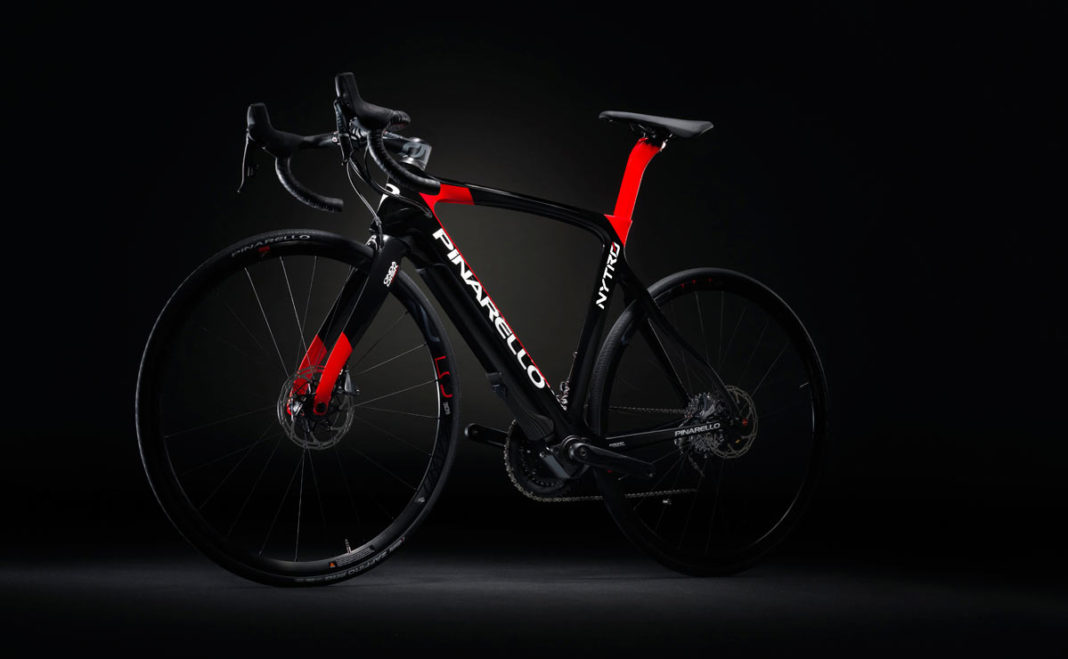 You had to know it was coming, just, maybe not from Pinarello. After Focus introduced Project Y earlier this year, it was only a matter of time before other brands jumped into the e-Road ring. Like Focus, Pinarello has introduced a light weight (for an e-bike) road machine that centers around the Fazua Evation system, which is one of the lightest on the market. With the drive system alone coming in at 4.7kg, Pinarello claims that they can build a complete bike in as little as 13kg (28.66lbs). Other than reduced weight, the Fazua system also integrates nicely into the frame making for a silhouette that is just slightly more bulky than normal. Pinarelly of course took the chance to expand on their Asymmetric design philosophy with a T700 carbon frame that is adequately stiff, yet still claims to be aerodynamic. According to Pinarello, the frame has the same head and seat tube angles as the Dogma, with a 1% increase in wheel base compared to the Gan, 10% taller head tube with 1.125-1.5″ tapered fork, and flat mount 160mm disc brakes with 12mm thru axles. Fitted with a handebar mounted control unit, the Nytro has three levels of assist from Breeze to the full 400w Rocket mode and 60Nm of max torque. One of the downsides of the internal battery is that it has just 252 watt hours, which is half of what you’d find in something like the new Shimano Steps e8000 series. But the bike is almost 20lbs lighter, so it would be interesting to see how it works out. Pinarello lists the “duration” (we assume this means battery life) as 1400m (4593ft) of climbing in Rocket mode. Maximum assisted speed is capped at 25 Km/h. Available in just five sizes to start, the bikes are also only available in Europe at the moment. Price is TBA. 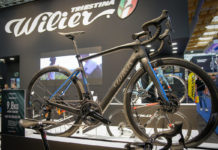 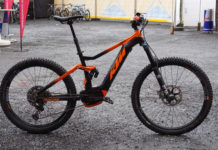 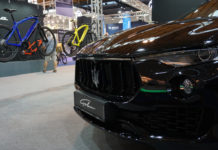 Review: Killing it with silence on the Cake Kalk, now production...