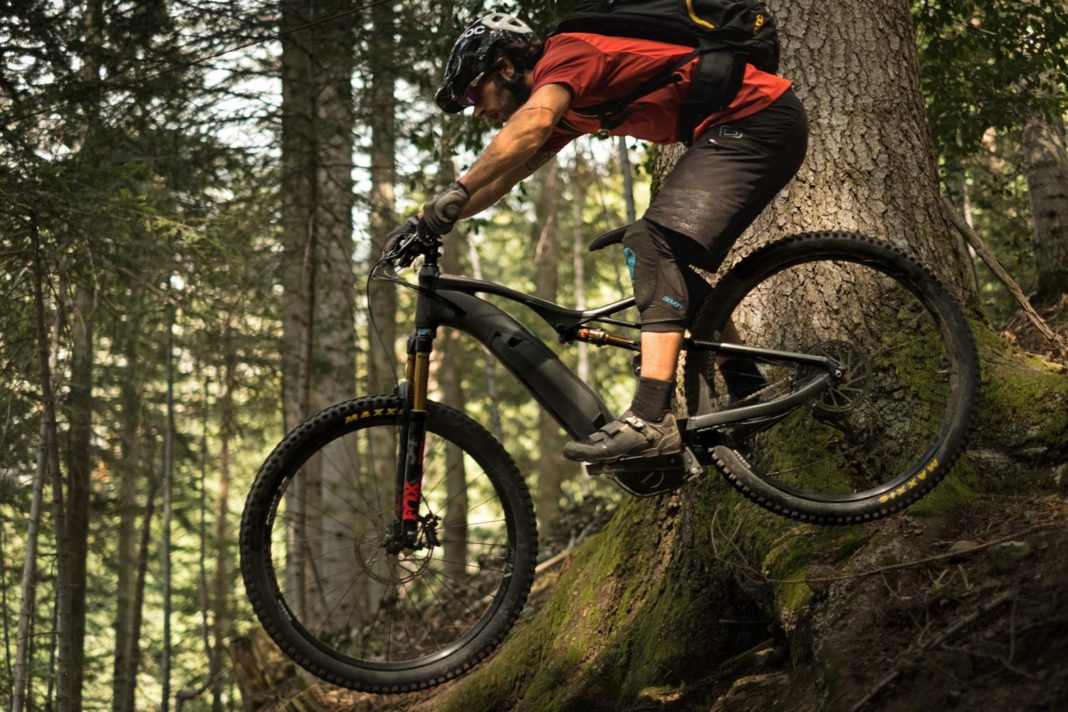 Orbea snuck this one into our inboxes with a shady pic that didn’t hint at the motor & battery tucked inside the new bike. For their first full suspension eMTB, Orbea’s new Wild FS goes in a slightly different direction than most e-bikes we’ve seen popping up lately. Instead of either tacking on a standard battery pack or opting for a one-off integrated battery solution, the Wild FS hides the stock E8000 500Wh battery inside their alloy downtube. Orbea say this helped build a trail capable e-bike to get out into the Wild, on your choice of wheelsize.

Orbea started with the powerful Shimano E8000 motor, but wanted to integrate what they say is already the least bulky, most powerful & proven battery on the market. So they engineered a big non-driveside opening in their massive oversized aluminum downtube to get the best of both Shimano’s modular battery & some clean design integration.

The resulting 140mm travel full-suspension trail e-bike itself uses a hydroformed 7000 series aluminum tubeset and builds-in an alloy skid plate to protect the motor when you hit the trail. It uses a short link four-bar design with a pivot around the rear axle in a suspension setup tailored to eMTB use. The Boost-spaced frame will fit either 27.5+ or 29er wheels. You even get to pick which wheel size that you want. Each of the four complete bikes on offer is available with either 27.5×2.8″ or 29×2.4″ tires, each with eMTB casings from Kenda. No word immediately on availability, but US & European pricing suggests that the Wild FS should hit the trail in both markets very soon.